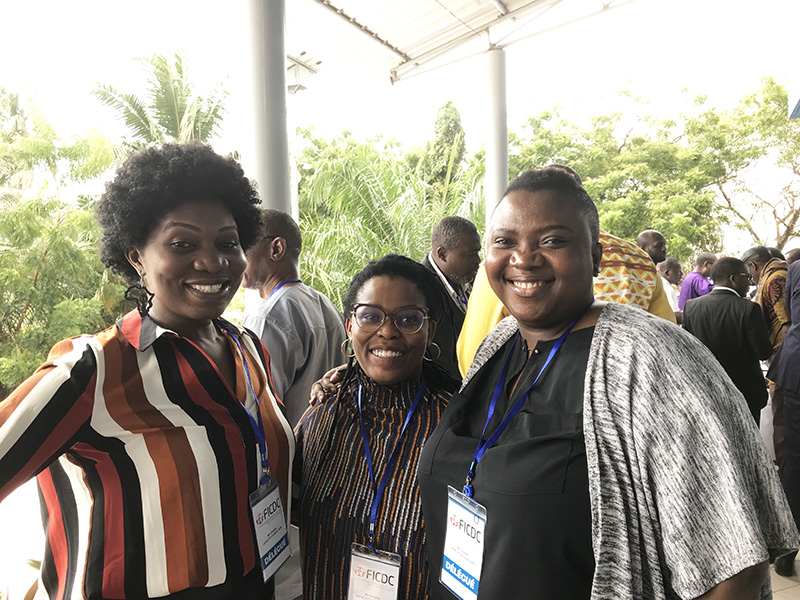 The last panel of the Regional Conference “Pan-African Perspectives for the Protection and Promotion of the Diversity of Cultural Expressions” (9 and 10 October 2019) focused on innovative civil society initiatives to meet the challenges of the future. It brought together Brenda Uphopho (Women in the Arts) and Violet Maila (Music in Africa).

Women in the arts (WIA) is a collective of women who work in the creative industries of fashion, theatre, literature, film, music, dance, and who share common ideas. The group met for the first time in March 2015 at the Lagos Theatre Festival in Nigeria, and the number of its members has grown to more than 250 women.

The WIA Festival presents women’s performances, conferences, networking activities aimed at increasing women’s participation and financial empowerment in the cultural sector. The WIA festival focuses on networking, artistic performance and discussions. It takes place in the context of the Lagos Fringe (next edition from 19 to 24 November 2019), which gives it a showcase. One of its main objectives is to change the perspectives for women.

Brenda Uphopho explained that government funding was very insufficient and that a lot of time had to be spent seeking private funds to carry out cultural projects. She deplored difficult economic conditions but also a major corruption problem in Nigeria. She explained that in the 1990s and 2000s, young people, especially women, had to learn on the job. There was no mentoring for young girls, no training. It is in this context that Nollywood has developed, a film industry that is now self-financing.

One of the objectives of the WIA collective is precisely to create a mentoring system to strengthen women’s capacities. The first edition of the festival provided an opportunity to organize advocacy activities against gender-based violence and the various forms of harassment to which women are subjected. Brenda Uphopho explained that the regulations on sexual harassment have been updated in Lagos but that there is still a lot of work to be done on this issue. The festival also focused on women’s participation in the electoral process, particularly in villages. Several sketches and performances were presented on the gender issue. These sketches will be translated in November 2019 and there will be a comic strip adaptation.  There is also a comic book project planned for November 2019.

Music In Africa is a non-profit initiative that aims to support the African music sector by promoting knowledge exchange and creating opportunities and capacities for those who work in the sector. The Music In Africa portal is owned and managed by the Music In Africa Foundation, established in 2013 and headquartered in Johannesburg, South Africa. Thanks to its network of contributors, the platform offers a unique range of useful and quality content on the sector. Music in Africa allows artists, creators, music professionals, fans, etc. to

Violet Maila also spoke about other projects carried out by the Music in Africa Foundation through partnerships: the EPK platform, for artists who wish to perform at the Sauti za Busara festival in Zanzibar, or the Music in Africa conference for collaborations, exchanges and showcases (ACCESS), which is held in a different African city each year and allows artists to show their work beyond their country.

Like other speakers, Violet Maila stressed the importance of data collection and sharing. She also stressed the need to create partnerships on the continent and to speak collectively. She finally explained that, even if the case of South Africa is unique in Africa, with a State that plays a real role as a cultural promoter, it is essential for African civil society to highlight the importance of its work and to mobilize to have policies adopted to support culture.

Facing the challenges of the future through innovation